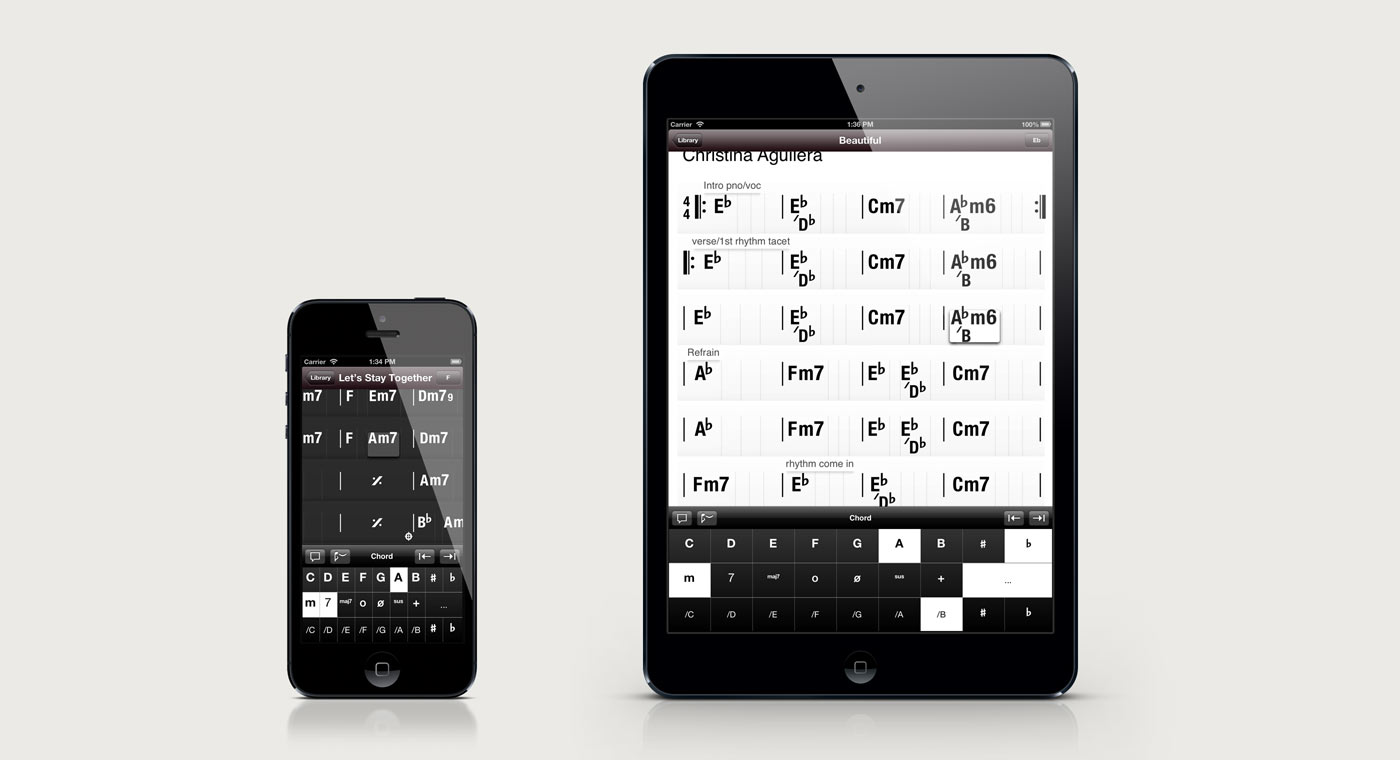 Chord Sheets song library and sketchpad in one

Together with the composer and musician Marcus Schinkel, wysiwyg* has developed an app that does two things. On the one hand, it brings a comprehensive library of pop song chords, already available in book form, directly to the rehearsal room via iPhone in a convenient and compact way. On the other hand, the app is a full-fledged editor, with which not only the sheets of the library can be edited, but also completely new compositions can be created. The tracks can be played by the app and sent by mail or Bluetooth (because in rehearsal rooms there is not always a network) to the band colleagues.

What looks so playful on the surface was a challenge in development. With normal character sets and elements of the Apple Developer Kit, it would not be possible to display and edit the complex musical notation system. So not only a layout program had to be developed that sets the chord characters exactly on the various stand lines and then makes them editable, but also sets the font itself, and the keyboards. An intelligent system offers only the appropriate symbols for the situation so that the overview is not lost for all the keys.

Setlists can be created or changed on stage and the songs can be transposed into the keys suitable for the singers. Optionally also in dark mode, so that you are not illuminated by your mobile phone in dim light. The latter is now doubly valuable, since you could finally be illuminated by your iPad in version 2.0, both in portrait and landscape format. And scrolling with wipe gestures in playlists, bars, insert, delete; it's just too nice. But above all much bigger than before, if you like.

Unfortunately we can't use real mail addresses on our pages anymore because !@#% spambots. Please copy the address and swap the (a) for a real @.